2015: Is China Abolishing the Hukou System?

For more than two decades, journalists have been interpreting official statements on reforms of the hukou system as presaging an end to the system. The latest round of news in this genre have appeared in the last few weeks after China unveiled last March its long-awaited National New-type Urbanization Plan, which includes a move to grant urban hukou status to another 100 million people by 2020. This was followed by several initiatives in last three months purporting to further reform the hukou system. They include opening hukou to migrants in small and medium cities and a proposal by the Ministry of Public Security to establish a residence permit with urban benefits for some migrants. In reporting these pronouncements, some major Western newspapers have used headlines such as "China to Grant Migrant Workers Permanent Residence Permits" and "Residency Rights May No Longer Be a Pipe Dream for Beijing’s Migrant Workers", as if a new era of free migration and equal rights for migrants will soon arrive, and the days of the longevity of the hukou system can be counted. In this presentation, I will elucidate the recent proposed changes to the hukou system, decipher their meanings and evaluate their significance. I hope to shed light on the central question of whether China is moving to dismantle its hukou system as of early 2015.

Kam Wing Chan is Professor of Geography at University of Washington. His main research focuses on China's cities, migration, employment, and the household registration system. He is the author of Cities with Invisible Walls: Reinterpreting Urbanization in Post-1949 China, and some 60 articles and book chapters. He has served as a Consultant for the World Bank, Asian Development Bank, United Nations, and McKinsey & Co. and worked with the Chinese Government on a number of policy projects. His recent commentaries and interviews have appeared in Wall Street Journal, New York Times, The Economist, South China Morning Post, BBC, CBC Radio, Caixin, Ming Pao and China Daily. He is a graduate of University of Hong Kong and University of Toronto. Visit his home page at http://faculty.washington.edu/kwchan/ 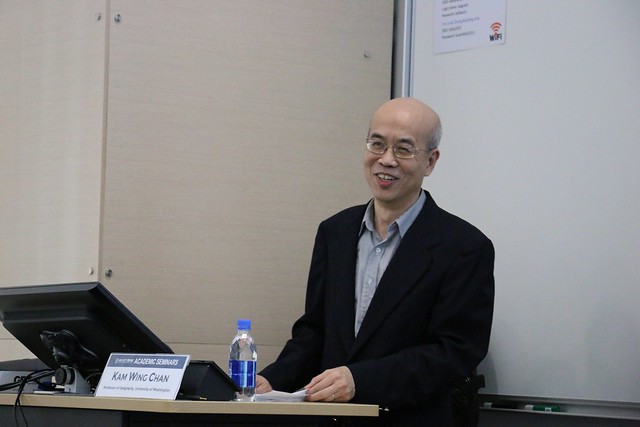