Once an Enemy, Forever an Enemy? The Long-run Impact of the Japanese Invasion of China from 1937 to 1945 on Trade and Investment

This video begins with Prof Tao explaining the key takeaways of the seminar, followed by the full recording of the seminar (which starts at 2:02).

In this study, we exploit one of the most important conflicts of the 20th century between what are currently the world's second and third largest economies, that is, the Japanese invasion of China from 1937 to 1945, to investigate the long-term impact of conflicts between countries on cross-border trade and investment. We find that Japanese multinationals are less likely to invest in Chinese regions that suffered greater civilian casualties during the Japanese invasion, and these regions also trade less with Japan. Our study shows that historical animosity still influences international trade and investment, despite the trend toward an increasingly globalized world.

Zhigang Tao is Professor of Economics and Strategy in the Faculty of Business and Economics and the director of the Institute for China and Global Development, the University of Hong Kong. Prior to joining the University of Hong Kong in 1998, he taught at Hong Kong University of Science and Technology from 1992 to 1998. Professor Tao received his B.Sc. in management science from Fudan University in 1986, and PhD in economics from Princeton University in 1992. Professor Tao’s research interests are China business and economics, and economics of organizations and strategy. He has published in various economics and management journals, and written books about the competitiveness of China’s manufacturing industries, and China’s Yangtze River Delta. [More about the speaker here] 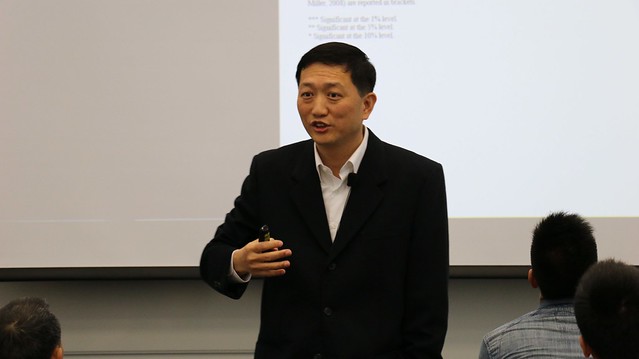