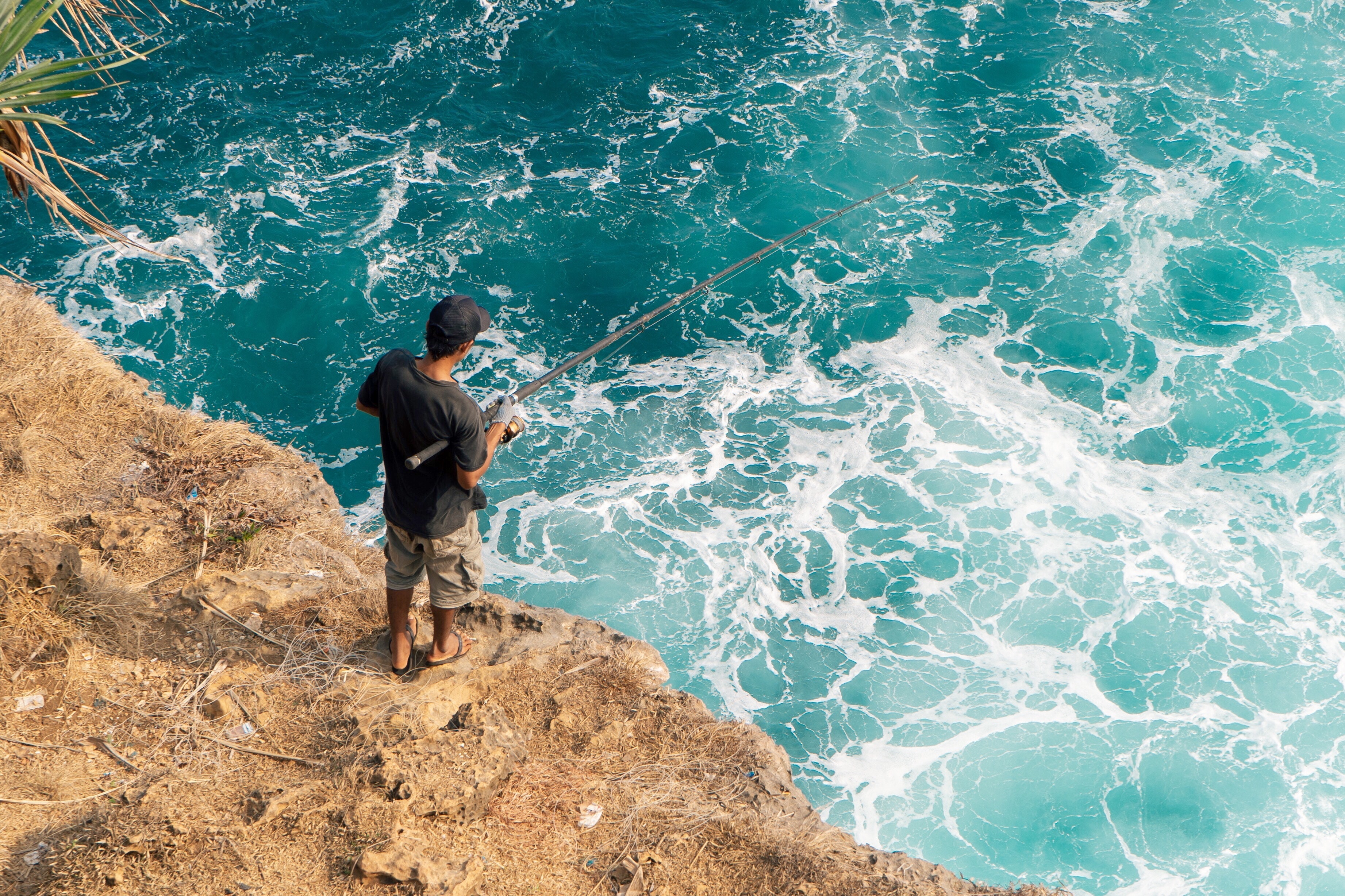 Correcting market failures and improving economic eﬃciency often requires curbing undesirable behaviors of market agents who act to maximize their private benefits. Enforcing regulations gets complicated when agents re-act to the new regulatory regime in unanticipated ways to circumvent enforcement. Ahmed Mushfiq Mobarak’s (Yale) academic seminar investigated the eﬀects of enforcement in the context of illegal sales of the critically endangered Pacific hake fish in urban markets in Chile. The government of Chile instituted a ban on fishing and sales of hake during September each year when the fish reproduces. Catching hake during this period is especially ecologically destructive. Mobarak and coauthors implemented interventions that were designed to reduce over-fishing of the critically endangered Pacific hake by either monitoring and penalizing vendors that sell illegal fish or discouraging consumers from purchasing using an information campaign.

Most of the fish were sold in ferias, which are local markets regulated by the municipality. Vendors move around between ferias during different days of the week and are therefore organized into circuits The interventions included 106 circuits containing 280 ferias, in 70 municipalities. The enforcement assignment aimed to reduce the supply of hake fish during the ban period and was randomized at the circuit level. Whilst the information campaign aimed to reduce the demand for hake fish through a consumer information campaign and was assigned at neighborhood level. They found that vendors attempted to circumvent the ban through hidden sales and selling “frozen” hake, which were tracked using mystery shoppers. Instituting random monitoring visits were found to be much more eﬀective in reducing true hake availability by limiting such cheating, compared to visits that occurred on a predictable schedule. They also found that monitoring at a higher frequency backfires, because targeted agents learn faster, and cheat more eﬀectively.

Mobarak suggested the information campaign was more cost eﬀective than the enforcement strategy. Partly because enforcement becomes less eﬀective as vendors learn to hide and freeze fish to circumvent regulation. Enforcement was found to cost US$6.05 per saved fish, compared to $4.98 under the information campaign. However, under the enforcement strategy, they found that sending monitors on an unpredictable schedule was an even more cost eﬀective way to protect hake. The cost of “saving” a hake via unpredictable enforcement drops to $4.51. They also found that a less frequent monitoring schedule was most cost-eﬀective at only $4.13 per saved hake. Mobarak concluded that enforcement can be the most cost-eﬀective strategy for the Chilean government to pursue to curb illegal sales of hake fish, but that details of the enforcement policy design matter. Without sophisticated monitoring and design-thinking such as an unpredictable enforcement schedule, attempts at enforcement can backfire. Designing and implementing a consumer information campaign is a much less complex task, and many regulators may rationally choose to proceed with this approach.

Ahmed Mushfiq Mobarak is a Professor of Economics at Yale University with concurrent appointments in the School of Management and in the Department of Economics.

Mobarak is the founder and faculty director of the Yale Research Initiative on Innovation and Scale (Y-RISE). He is a member of the Board of Directors of the Jameel Poverty Action Lab (J-PAL) at MIT, as co-chair of its Urban Services Initiative and of its Environment & Energy Sector work. He is also the academic lead for the Bangladesh Research Program for the International Growth Centre (IGC) at LSE, and Scientific Advisor to Innovations for Poverty Action, Bangladesh.

Mobarak has several ongoing research projects in Bangladesh, Brazil, Chile, India, Indonesia, Kenya and Malawi. He conducts field experiments exploring ways to induce people in developing countries to adopt technologies or behaviors that are likely to be welfare improving. He also examines the implications of scaling up development interventions that are proven effective in such trials. His research has been published in journals across disciplines, including Econometrica, Science, The Review of Economic Studies, the American Political Science Review, Proceedings of the National Academy of Sciences, and Demography, and covered by the New York Times, The Economist, Science, NPR, Wired.com, BBC, Wall Street Journal, the Times of London, and other media outlets around the world. He received a Carnegie Fellowship in 2017.

Mobarak is currently collaborating with Evidence Action in multiple countries to replicate, test, and scale his research program that encourages rural to urban seasonal migration to counter seasonal poverty. This program, called No Lean Season, is supported by GiveWell.org, Good Ventures and the Global Innovation Fund, and the start-up accelerator Y-Combinator.

This seminar is co-hosted with The Division of Social Science