HKUST Institute for Emerging Market Studies (IEMS) hosted the 6th annual meeting of the China Economics Summer Institute (CESI) in August 2013 at the Hong Kong University of Science and Technology. Co-sponsored by the Institute for Advanced Study, Department of Economics, and Division of Social Science of HKUST, it is CESI’s first meeting in Hong Kong.

China Economics Summer Institute has the objective to create a network and community of leading scholars working on China’s economic development. It is organized by a consortium of organizations from universities including HKUST, University of Chicago, University of California at Berkeley, Catholic University of Leuven, Peking University, and Tsinghua University.

This year’s CESI Hong Kong meeting brought together more than 40 researchers for two and a half days of research presentations, engaging the participants in active discussions on issues related to public finance, international trade, labor and family, and political economy in China.

The conference commenced with a session on Economic Geography, in which John Marrow from the London School of Economics and Political Science (LSE) presented his work "Productivity as if Space Mattered: An Application to Factor Markets across China", and Kerem Cosar from the University of Chicago Booth School of Business spoke on "Internal Geography, International Trade and Regional Outcomes".

The next session on Trade had three papers presented, including "Trade Liberalization, Quality and Export Prices" by Amber Li from HKUST, "China’s Pure Exporter Subsidies" by Alejandro Riano from University of Nottingham, and "Trade Reforms and Current Account Imbalances" by Kang Shi from The Chinese University of Hong Kong.

In the session on Public Finance and Education, Xiaobo Lu from Texas A&M University presented his study "Interjurisdiction Political Competition and Fiscal Extraction in China", and Binzhen Wu from Tsinghua University explored China’s higher education in the presentation "Matching Mechanism, Matching Quality and Strategic Behavior: Evidence from China". Chang-tai Hsieh from Booth School of University of Chicago chaired the  session on "Labor, the Family and Macroeconomics", in which Lena Edlund from Columbia University presented "Foreign Brides and the Domestic Front – The Case of Taiwan", Jacqueline Oliveira from Yale University presented "The Value of Children: International Transfers, Fertility and Human Capital", and Keyu Jin from LSE presented the "One-Child Policy and Household Savings in China".

The closing session had three speakers discussing Political Economy in China. Ruixue Jia from University of California SanDiego presented her study Pollution for Promotion, Bei Qin from Hong Kong University (HKU) examined "The Determinants of Media Bias in China", and Chenggang Xu from HKU delivered his research results on the "Political Economy of Private Firms in China".

The presentations and following discussions stimulated intellectual exchanges between the speakers and the audience. Ample opportunities for interaction were created for Ph.D students and young researchers seeking new research ideas and collaboration possibilities. 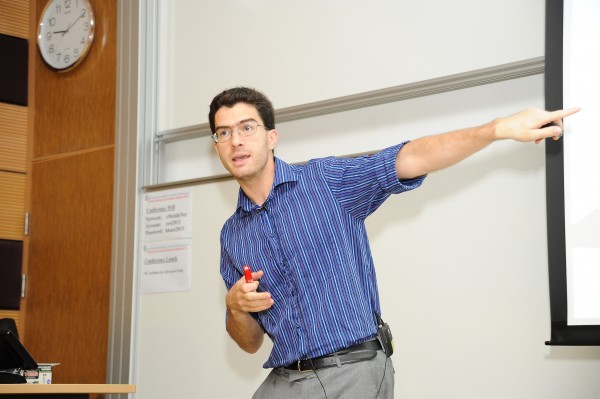 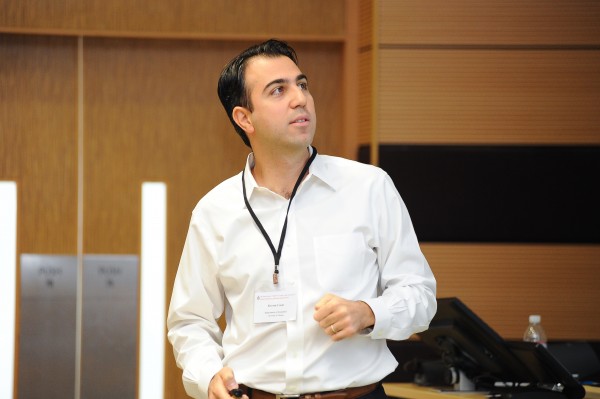 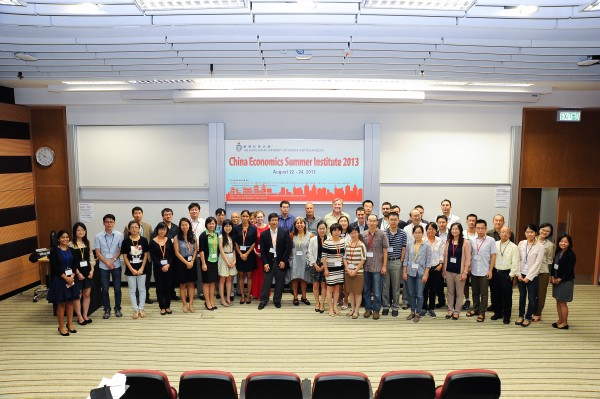