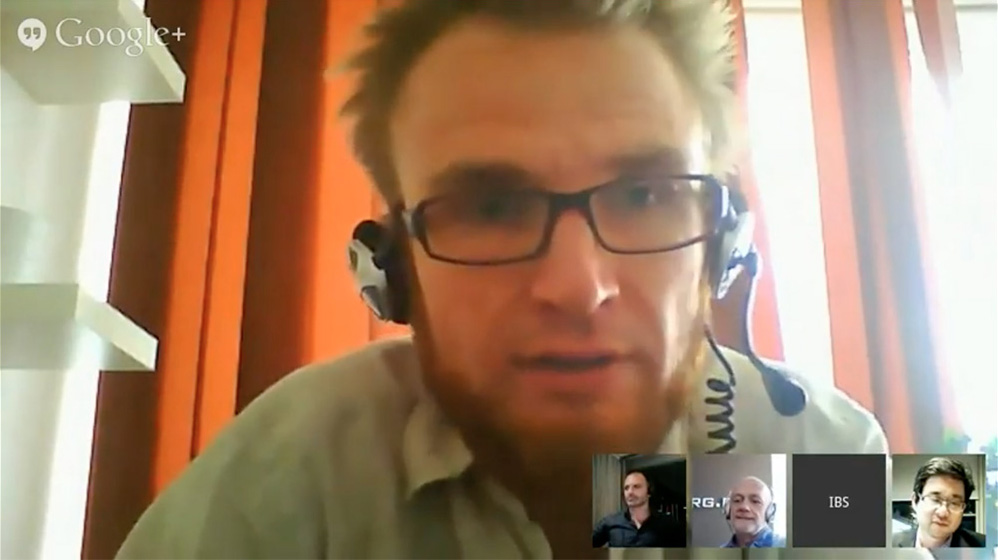 Widespread unrealistic expectations about retirement may be the most important challenge facing emerging market countries experiencing rapid population aging, concluded a panel of experts on aging and labor in Eastern Europe, East Asia, and from the World Bank.

In a Google Hangout organized by HKUST IEMS and the Institute for Structural Research in Poland, the online panel discussed the challenges of extending working lives in different national contexts. The event was moderated by Piotr Lewandowski, President of the Institute for Structural Research (IBS) based in Warsaw. The panel of experts included Albert Park, Director of HKUST IEMS; Maret Góra, Professor at the Warsaw School of Economics (SGH), and Dr. Truman Gregory Packard, Lead Economist at the World Bank’s Regional Office for East Asia Pacific.

As global populations age, it is important that workers have the opportunity to extend their working lives to help their countries sustain economic growth and to be able to realize a high quality of life for themselves.

Across Asia, aging is occurring rapidly, as pointed out by Prof. Park. While a quarter of Japan’s population is over 65, China is expected to see 30% of its population reach the age of 60 by 2015, and must deal with the aging challenge at a much earlier stage of development than many other countries due to its strict one- child policy. Situations in Eastern Europe are more diverse. The challenge there, as Professor Góra argues, is how quickly people can adapt their skills in order to stay employable as they age.
As demographics change, so should institutions and attitudes. Dr. Packard pointed out that societies must reexamine the middle class expectation of retirement, which will be essential in implementing the institutional changes needed to address the aging challenge. In America and Europe, the voting middle class generally expects to retire when they reach age 55 to 65. Such expectations were formed after World War II, and haven’t been updated since then. Employers also have not adjusted to rising life expectancy, and generally do not hire people over age 60, resulting in a lack of jobs with flexible schedules for retiring or retired people. On the other hand, people expect to end their working life abruptly at a specific age. Even when they find out they need to work beyond that age in order to support their living costs, they often don’t have the skills needed to remain employable. Similar expectations are also prevalent in Latin America and East Asia, where current institutions reinforce around such expectations.

The problem is that the reality of work and life expectancy has changed, but the social contract has not yet caught up. Prof. Góra thinks that current institutions are actually both new and outdated, because only in recent generations have people not worked until death. In contrast to many people’s expectations of an abrupt end to working life, more and more people are withdrawing gradually from a full-time working mode. Even the way young people enter the labor market has been changing. Many young people start their working lives with more than one job. The actual labor market is more fluid than what is reflected by many key institutions.

Dr. Packard argues that economists should communicate to the public, especially voters, about the reality of the situation, so that they can push politicians to update policies appropriately. Professor Góra believes the key message to the public should be to help people to prepare themselves, taking into consideration their skills and health, so that they can make a rational choice to work longer to support their expenditure needs as they age.

These efforts are necessary to make it politically feasible for policy makers to start rolling out gradual, incremental changes such as increasing statutory retirement ages, and to help convince people and employers to change their behavior. Dr. Packard suggests that small- and medium-sized enterprises (SMEs) will play an important role in extending working lives, as many old people want to work in less rigid employment arrangements or even set up their own businesses to increase flexibility. Therefore, institutions should be more accommodating toward such SMEs.

More generally, jobs that better fit the needs of retirees will be necessary, so institutions and policies need to encourage employers to offer such jobs. Prof. Góra posits that because there will be fewer young people in the future, employers will need to hire more elderly, and will need to be open to new ideas on how to employ older workers productively. It’s worth noting that education aiming to change people’s perception of retirement often emphasizes the macro-economic benefits of extending working lives. But Prof. Park and Prof. Góra both feel that a more effective approach is to appeal to individual self-interest to realize better and more secure lives at older ages. Both employers and employees will respond if they realize that institutional changes supporting healthy aging and longer working lives are actually good for everyone.

In China, explained Prof. Park, there exists a duality where, in rural areas, people work until they drop, whereas most urbanites retire promptly when they reach retirement age and enjoy generous pensions provided by the state. In fact, the ability to retire shouldn’t be considered a bad thing. However, the retirement age was set based on assumptions of life expectancy which are long outdated. On the other hand, surveys in China reveal that most of today’s elderly persons have low human capital and relatively poor health, so it is not obvious that employers will consider them productive enough to hire, even in the absence of a mandatory retirement age. This is why it is important to invest in the health and skills of tomorrow’s elderly, and to promote flexible arrangements that enable both employers and employees to enter employment relationships that are fair and mutually beneficial.

Prof. Park also suggests that Asian countries should look upon the USA and UK as models of pension design that don’t provide disincentives to work at older ages. The UK approach to increasing the mandatory retirement age by announcing small changes years in advance can serve as a useful model. He cautions that politicians often don’t respond until there is an emergency, but is optimistic that Asian countries are starting to do so. In fact, China has reached the point where the dependency ratio is rising, which will hinder future growth, making policy changes more urgent.

Extending the working lives of older workers as the population ages in emerging markets is a multi-dimensional challenge. People need to change their expectations, which will aid them in making rational choices in updating their job skills and planning their retirement lives, as well as pushing politicians to make changes to policies and institutions to accommodate new models of retirement. Institutional changes will in turn drive changes in expectations. Ideally, this can create a virtuous cycle that can help tomorrow’s elderly in emerging markets live more fulfilling lives. 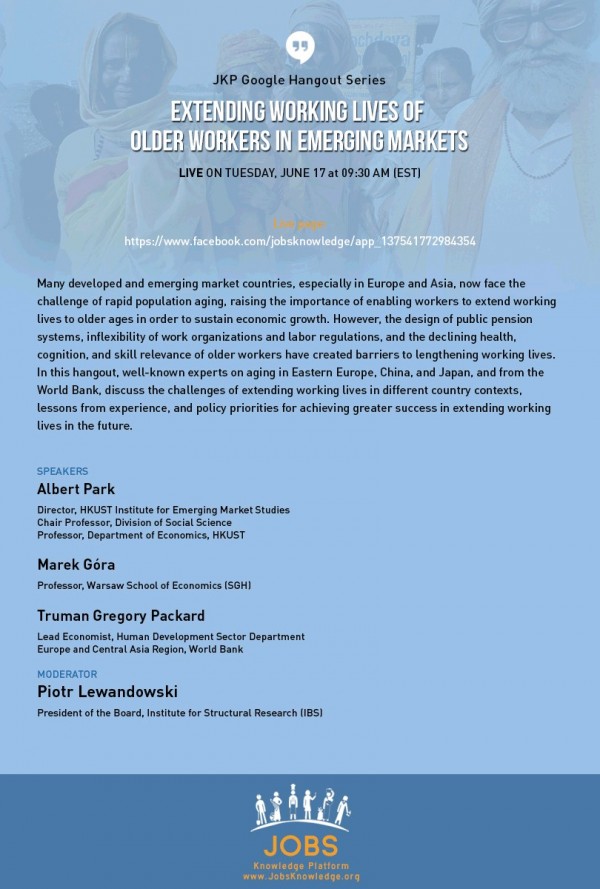