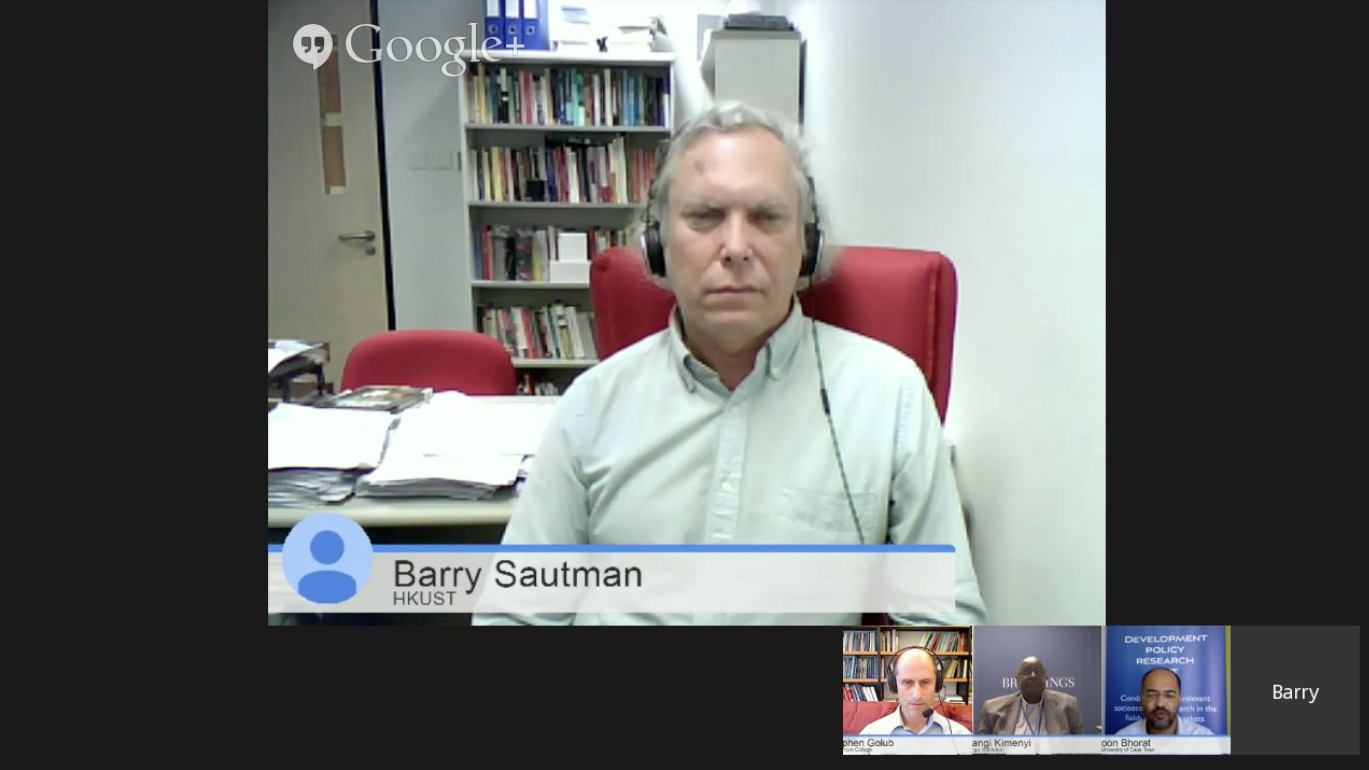 China has had a profound influence in Africa; Chinese firms employ many Africans, invest in infrastructure, roads and power. The huge shifts taking place in the Chinese economy suggest that there may be even more new opportunities for Africa in trade and investment relations with China. Chinese investment is diverse and rising fast – from $300 million in 2004 to $16 billion in 2012, mostly in manufacturing, services, and labor-intensive industries. The era of cheap labor in China is over: China is losing competitiveness in world markets because relative wage costs are rising faster than productivity and the currency is appreciating. At the same time, relative unit labor costs in most African countries are still very high, and the business environment is poor, with frequent power cuts, infrastructure constraints and severe governance challenges.

The hangout will examine the opportunities presented by China’s involvement in Africa and what African governments must do to realize them. Some of the key issues we will explore in this hangout include:

See comments and questions by the general public to the panel here.