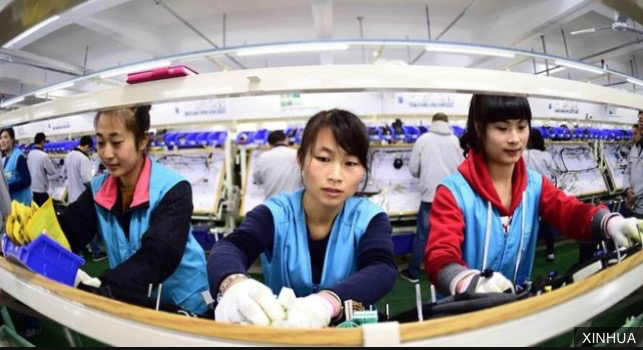 The shift away from manual and routine cognitive work, and towards non-routine cognitive work is a key feature of labor markets. There is no evidence, however, if the relative importance of various tasks differs between workers performing seemingly similar jobs in different countries. We develop worker-level, survey-based measures of task content of jobs – non-routine cognitive analytical and personal, routine cognitive and manual – that are consistent with widely-used occupation-specific measures based on O*NET database. We apply them to representative surveys conducted in 42 countries at different stages of development. We find substantial cross-country differences in the content of work within occupations. Routine task intensity (RTI) of jobs decreases significantly with GDP per capita for high-skill occupations but not for middle- and low-skill occupations. We estimate the determinants of workers’ RTI as a function of technology (computer use), globalization (specialization in global value chains), structural change, and supply of skills, and decompose their role in accounting for the variation in RTI across countries. Computer use, better education, and higher literacy skills are related to lower RTI. Globalization (as measured by sector foreign value-added share) increases RTI in poorer countries but reduces RTI in richer countries. Differences in technology endowments and in skills’ supply matter most for cross-country differences in RTI, with globalization also important. Technology contributes the most to the differences in RTI among workers in high-skilled occupations and non-off-shorable occupations; globalization contributes the most to differences among workers in low-skilled occupations and offshorable occupations.

Read the blog post from IZA explaining this paper.

The paper is also available on SSRN.