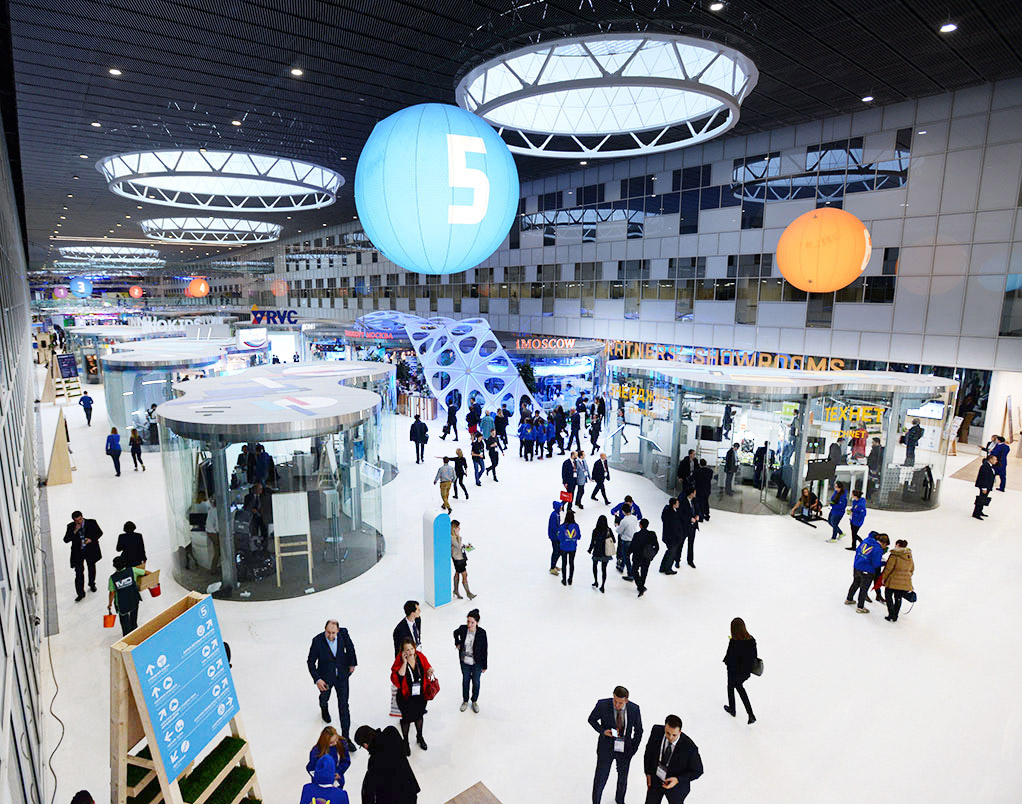 Albert Park, Director of HKUST IEMS, joined a panel of experts to discuss the Eurasian Integration under the Belt and Road at the Moscow International Open Innovations Forum on October 16, 2017.

The event with “Digital Economy” as its key theme was hosted by Skolkovo Technopark and attracted about 15,000 participants from more than 90 countries around the world.  Discussions were focused on how the digital economy will impact and be influenced by businesses, states and individuals.

Leading Russian and international digital transformation experts debated over recent developments in the digital economy and the challenges that the humankind faces in view of global informatization. One of the most notable participants, Jack Ma, Executive Chairman of the world’s largest e-commerce company, Alibaba Group, would join a plenary session featuring the participation of Russian Federation Prime Minister Dmitry Medvedev.

Annual Open Innovations Forum has been held in Moscow since 2012 under the auspices of the Government of the Russian Federation. It has earned the reputation of a unique discussion venue for participants of the forming innovative ecosystem. The Forum's co-organizers are: Ministry of Economic Development of the Russian Federation, Government of Moscow, RUSNANO Foundation of Infrastructural and Education Programs, Russian Venture Company, Foundation for Assisting Innovation, Skolkovo Foundation, and Vnesheconombank. The event will be attended by the members of the Consulting Board for Foreign Investments. The main goal of the Forum is to promote and commercialize cutting-edge technologies and create new tools for international cooperation in the sphere of innovations.

More about the event can be found at https://openinnovations.ru/en.