Developing countries need incentives from the developed to shift focus from growth to sustainability, said Guojun He

Nature across most of the globe has now been significantly altered by unprecedented economic development and human activities. In a story about the United Nations’ report on Biodiversity and Ecosystem Services, it warns the severe impact on biodiversity caused by numerous aspects of environmental and societal changes. In response to this urgent issue, He Guojun, a HKUST IEMS Faculty Associate, claimed that the underlying reason for environmental degradation is that governments lack the awareness of placing enough value on “environmental amenities”. He further explained that governments in developing countries are preoccupied by economic issues like income generation, business and trade, as compared to nonmarket goods. In order to mitigate the effect of climate change and preserve biodiversity, he suggested that “developed countries shouldering a wider responsibility could provide incentives and compensation to less-developed countries” so as to shift the focus from relentless economic growth to environmental protection and sustainable development. The transformation from market-oriented economies to sustainability-driven ones requires the change across economic, social, political and technology factors. 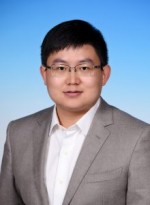