Social science researchers have for a while noted the growing inequality in wages and employment outcomes in urban China. This has coincided with the timing of urban enterprise reforms and labor market reforms in the 1990’s. Before these reforms, wage and employment inequality in urban China was low. Virtually all urban enterprises were state- or collective-owned and provided the bulk of urban employment. Moreover, the labor market was centrally regulated, such that it was difficult to fire unproductive workers. But with the first of the urban reforms, inequality, and gender inequality, increased. This project analyzes the role of urban enterprise reforms on the growing gender inequality in urban employment. We exploit regional variation in the composition of industries in China to analyze the causal effect of privatization on the change in the gender gap in urban employment. From our multivariate regression analysis, in which are included a carefully chosen set of controls, we find that our proxies for the extent and gender composition of privatization significantly explain, in both the statistical sense and in terms of magnitude, the increase in the gender gap in urban employment. We also find this effect is concentrated in female, older, and less educated subpopulations. We discuss potential mechanisms that would yield these results. We find that gender and cohort differences in attitudes towards paid employment are less plausible, and discuss the merits of other candidate mechanisms. These include a theory of accumulated human capital specific to the state- or collective-owned sector and the role of gender-specific institutional constraints, specifically women’s earlier retirement age and female’s relative lack of access to social networks.

Dr. Christina Jenq is a Post-doctoral Fellow at the HKUST Institute for Emerging Market Studies and the HKUST Jockey Club Institute for Advanced Study. She received her Ph.D. in Economics from the University of Chicago Booth School of Business. Her research interests include Family Economics, Gender, and the Chinese Economy. 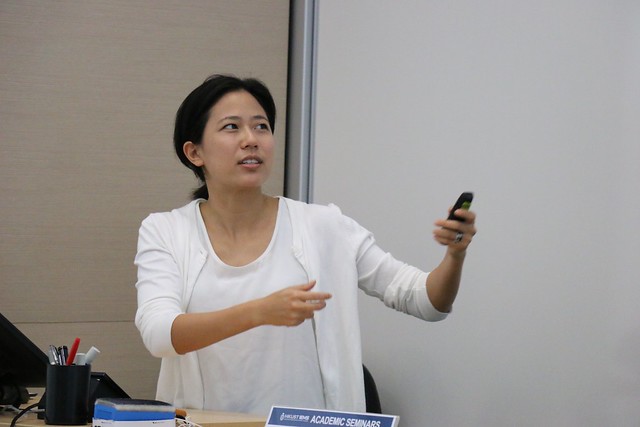