Xiaogang Wu examines the central role of occupation as the “reward packages” in creating earnings disparities between rural migrants and local workers in urban China’s labor markets. He analyses data from the population mini-census of China in 2005 which shows that, rural migrants’ earnings disadvantages are largely attributable to occupational segregation based on workers’ hukou status, and the hukou-based occupational segregation pattern varies by employment sectors. Rural migrants who work in governmental agencies or state institutions earn less than their urban counterparts whereas those who work in public or private enterprises earn higher hourly wages. Our findings shed new lights on how government policies lead to occupational segregation and create inequality among different social groups in urban China.

Xiaogang Wu is Professor of Social Science and the Director of the Center for Applied Social and Economic Research (CASER) at the Hong Kong University of Science and Technology (HKUST). His research interests include social stratification and mobility, labor markets and economic sociology, and education issues, focusing on China. Professor Wu has been involved in several large-scale survey data collection in both mainland China and Hong Kong in the past decade. He is currently the Principal Investigator of “Hong Kong Panel Study of Social Dynamics”(HKPSSD), the Editor of Chinese Sociological Review, serves on the editorial boards of Social Forces, Sociology of Education, Research in Social Stratification and Mobility, Work, Employment & Society, and as a consultant the United Nation Population Fund (UNFPA). Wu received his BA from Renmin University of China (1991), MA from Peking University (1994), and PhD from University of California, Los Angeles (2001), all in sociology. In 2012, he was awarded the Prestigious Fellowship in Humanities and Social Sciences by the University Grants Committee of Hong Kong SAR. 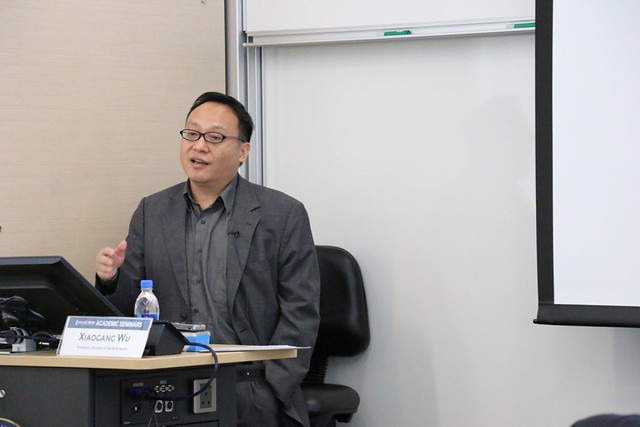