This talk is a part of the HKUST IEMS – EY Hong Kong Emerging Market Insights Series. It is presented by HKUST IEMS with support by EY. Check out the next event in the series at http://iems.ust.hk/insights and past events in the series here.

Alicia Garcia-Herrero: One Belt One Road – Impacts on Trade and Investment.

View the slides on SlideShare

The Chinese government’s One Belt One Road (OBOR) initiative supports the building of infrastructure and the establishment of stronger ties with over 60 countries. In this panel discussion, two leading scholars offer insights into the following questions:

The Belt and Road Initiative (OBOR) which China has embarked on aims at improving cross-border infrastructure so as to reduce transportation costs in a massive geographical area. One of the key questions is whether there will be trade gains to be made thanks to the reduction in transportation costs. Recent empirical literature will be reviewed estimating the impact on trade at a global scale identifying winners and losers for a number of different scenarios. The first focuses on upgrading infrastructure only while a second and third scenario explore the idea of creating a Free Trade Area within the Belt and Road region.

Meanwhile, the OBOR targets several score countries for increased economic and other interaction. It includes several important African states and coincides with Chinese
leaders’ late 2015 pledge to now focus China’s interaction with Africa on contributions to the continent’s industrialization. The question then becomes whether Chinese investment is diminishing African industrial capacity or instead building it. If it is the latter, in what ways does China contribute and to what effect? Are further steps envisaged? How, moreover, does China’s industrialization-related activity impinge on the commonplace negative discourse that emanates from the West about “China-in-Africa.”

China’s One Belt One Road development plan is not simply a trade development plan. It is much more than a series of trade agreements and infrastructure deals. Xi Jinping’s landmark initiative spans more than 60 countries across Eurasia, accounting for two- thirds of the world’s population and one third of its GDP. From inception to reality, this endeavor will take decades – and soak up USD 5 trillion in near-term investment. As economist and IEMS Faculty Associate Alicia Garcia-Herrero puts it, “This is [China’s] 20-year endgame.”

In the latest Emerging Market Insights Series presentation, Dr Garcia-Herrero asks how Xi Jinping’s One Belt One Road initiative will impact EU trade. Among the many benefits of improved connectivity, trade is at the forefront.

Based on a simulation-analysis, Dr García- Herrero argues that the European Union is better positioned to benefit from the Belt and Road than Central Asian countries. Her research looks at bilateral trade-flows, modelling reduced transportation costs from One Belt One Road. She finds that European countries, especially landlocked EU countries, benefit greatly from reduced rail shipment costs from Asia.

China has so far financed the Initiative alongside with Belt and Road countries. The EU clearly benefits without an attached financial cost – benefitting from Xi Jinping’s focus on developing transport links. Given the substantial potential trade gains, it is in the EU’s interest to do more to participate in and even help finance the Belt and Road Initiative.

The media has portrayed Chinese enterprises as exploitative, claiming that Chinese businesses bring in their own workers and strip local resources. Yet no one has systematically studied these claims.

Prof Sautman’s study finds that the vast majority of Chinese enterprises in Africa are made up of 80%-95% local workers. The several companies who hire the least number of local workers are in the telecommunications industry. Yet these telecoms companies still hire 66% of their workers locally. This is attributable to the shortage of engineers in African states.

According to Sautman, African leaders see Chinese business ventures as a political necessity. And African managers and engineers see stints at Chinese companies as vital for their career development. Meanwhile, trade unionists and NGOs welcome the better treatment of employees and greater corporate social responsibility.

Almost every Chinese manager interviewed by the study agreed that the advantages of localization outweighed the drawbacks. Companies with localized workforces benefit from a lower wage bill, improved government relations and the acquisition of local knowledge. Many managers actively seek localization for these reasons. Several medium-sized companies have exceeded 99% localization, typically in mining, agriculture, textiles and steel.

Sautman’s study also found no evidence to support claims that China is exporting excess labor. Chinese workers brought over by large companies only number in the tens of thousands – a tiny number compared to China’s population of 1.4 billion.

Sautman warns against politicized falsehoods regarding Chinese investment in Africa, which he argues detracts from more important issues. Most important to Africa, he explains, is the development of local jobs and local industries.

The “One Belt One Road: Impact on Trade and Investment” talk was supported by EY Hong Kong and is part of the HKUST IEMS – EY Emerging Market Insights Series.

Alicia Garcia Herrero is Chief Economist for Asia Pacific at NATIXIS based in Hong Kong.In previous years Alicia held the following positions: Chief Economist for Emerging Markets at Banco Bilbao Vizcaya Argentaria (BBVA), Member of the Asian Research Program at the Bank of International Settlements (BIS), Head of the International Economy Division of the Bank of Spain, Member of the Counsel to the Executive Board of the European Central Bank (ECB), Head of Emerging Economies at the Research Department of Banco Santander and Economist at the International Monetary Fund (IMF).

Alicia has always combined her career in the private and public sectors with a commitment to applied research and teaching. Alicia serves as a non-resident Senior Fellow in several think tanks, in particular BRUEGEL in Brussels, Emerging Market Institute at Johnson Graduate School of Management (Cornell) and at Real Instituto El Cano in Madrid. She is also adjunct professor at HKUST and visiting faculty at China-Europe International Business School (CEIBS) in Shanghai. Alicia is also a member of the Council of Advisor of the Hong Kong Institute for Monetary Research (HKIMR).

Alicia holds a PhD in Economics from George Washington University and has published extensively in refereed journals and books. Alicia is also very active with international media (Bloomberg, CNBC, Reuters, Financial Times, and the Wall Street Journal, among others) 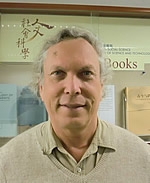 Barry Sautman, a political scientist and lawyer, is Professor of Social Science, Hong Kong University of Science &amp; Technology, where he mainly teaches courses on international law, China&rsquo;s international relations and ethnicity/nationalism. His research has focused on China/Africa links and ethnic politics in China (including Hong Kong). The author of numerous academic articles, his latest monograph in the China/Africa field, co-authored with Yan Hairong, is The Chinese are the Worst?:

Human Rights and Labor Practices in Zambian Mining (Baltimore: Univ. of Maryland, 2012). He and Yan Hairong&rsquo;s forthcoming book, in 2017 is 中国在非洲：话语与实踐 (China in Africa: Discourse and Practice) (北京：中国社会科学文獻出版社).

Admission is free of charge with limited seats. Refreshments and non-alcoholic beverage will be served before the panel discussion starts.

China as the World’s Technology Leader in the 21st Century: Dream or Reality? featuring Naubahar Sharif

If Africa is going to industrialize, even if it gets some help from China, it is still going to have to mainly resort to self-help. 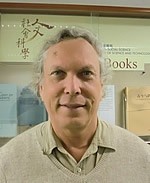