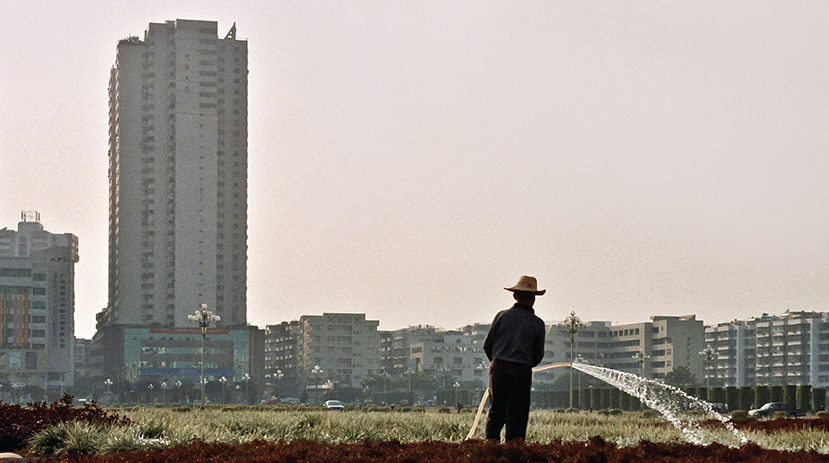 As the glittering skyline in Shanghai seemingly attests, China has quickly transformed itself from a place of stark poverty into a modern, urban, technologically savvy economic powerhouse. But as Scott Rozelle and Natalie Hell show in Invisible China, the truth is much more complicated and might be a serious cause for concern.

China’s growth has relied heavily on unskilled labor. Most of the workers who have fueled the country’s rise come from rural villages and have never been to high school. While this national growth strategy has been effective for three decades, the unskilled wage rate that has been rising for more than a decade, inducing companies inside China to automate at an unprecedented rate and triggering an exodus of companies seeking cheaper labor in other countries.

Drawing on extensive surveys on the ground in China, Rozelle and Hell reveal that while China may be the second-largest economy in the world, its labor force has one of the lowest levels of education of any comparable country. The low levels of basic education of such a large share of workers may leave many unable to find work in the formal workplace as China’s economy changes and manufacturing jobs move elsewhere.

In Invisible China, Rozelle and Hell speak not only to an urgent humanitarian concern but also a potential economic crisis that could upend economies and foreign relations around the globe. If too many are left structurally unemployable, the implications both inside and outside of China could be serious.

Find out more about the book or order here.

*This webinar is jointly organised by HKUST Leadership And Public Policy Executive Education Program (LAPP) and Institute for Emerging Market Studies (IEMS).  Any further updates about the event will be first posted on the LAPP website.

Scott Rozelle holds the Helen Farnsworth Endowed Professorship at Stanford University and is Senior Fellow in the Freeman Spogli Institute (FSI) for International Studies. For the past 30 years, he has worked on the economics of poverty reduction. Currently, his work on poverty has its focus on human capital, including issues of rural health, nutrition and education. For the past 20 year, Rozelle has been the chair of the International Advisory Board of the Center for Chinese Agricultural Policy, Peking University. In recent years Rozelle spends most of his time directing the Rural Education Action Project (REAP). In recognition of this work, Dr. Rozelle has received numerous honors and awards. Among them, he became a Yangtse Scholar (Changjiang Xuezhe) in Renmin University of China in 2008. In 2008 he also was awarded the Friendship Award by Premiere Wen Jiabao, the highest honor that can be bestowed on a foreigner.

To Attend the Conference

Registration closes 1 day before the event.   We may not be able to entertain late registration and walk-in. Thank you for your understanding.

The Zoom webinar details will be provided by email.

Please see here for advice from the university's IT office on Zoom best practices for attendees.

If you need further information, please do not hesitate to contact LAPP at LAPP@ust.hk.  Further updates about the event wll be first posted on the LAPP website.