Can Robots Save Dongguan? — Barriers and Incentives to Automation in World’s Factory

The Chinese government launched the “made in China 2025” plan and in response, Dongguan, Shenzhen and Foshan launched industrial upgrading policies, reflecting a larger national initiative to move manufacturing from low-end, labour-intensive, low value-added to high-end intelligent manufacturing. However, this plan views labour as a cost to be overcome, but has not assessed the mid- and long-term effect on workers—such as deskilling and unemployment.

Whether high-tech manufacturing can lead to high-end products is not only a technical issue, but also an issue of human capital. With a looming shortage of skilled labour, firms will be hard-pressed to improve the quality of their products or develop their own brand. To this end, Huang advises that policy-makers need to look beyond upgrading physical capital, but also consider the well-being of workers. Specifically, Huang advises that governments should consider the upskilling and job-retraining of laid-off workers.

In the city of Dongguan, known as the “workshop of the world,” local government launched a program called “Replacing Humans with Robots (2014-16)” that allocated an annual fund of 200 million yuan to sponsor firms to upgrade.  This is in response to the concern that the country's export-oriented, low-end, labor-intensive mode of production is no longer sustainable.

Under the program, qualified recipients needed to show how automation helped them realize workforce downsizing, efficiency increase, quality upgrade, and work safety improvement. What are the incentives and barriers for manufacturers to adopt automation? Does “high-tech” necessarily lead to “high-end” production? How do workers deal with the double-edged effects of work safety improvement and unemployment? This project will explore the extent to which China’s path of automation parallels that of its developed counterparts. In so doing, it will provide important lessons and evidence for other emergent economies that are industrializing rapidly.

Huang Yu is a postdoctoral fellow at the Division of Social Science, HKUST. In the past ten years, Huang Yu conducted research on the science extension of shrimp aquaculture in China, trying to understand why farmers were trapped under the dual vicious cycles of value decrease and shrimp mortality that overproduction led to. Afterwards, she spent two years helping farmers establish a shrimp cooperative, but the severe shrimp disease epidemics shattered farmers' hope of getting prosperous. In 2012-2015, she worked as Assistant Professor at the Anthropology Department of CUHK. From fall 2015, she has been working as a postdoctoral fellow in collaboration with Prof. Nauhabar Sharif at the Division of Social Science, HKUST. With the sponsorship of HKUST IEMS “Jobs and Development Research Grant 2016,” they draw on theories of Science and Technology Studies (STS) and labor politics to explore the dilemmas that both capital and labor are encountering in China’s robotic revolution. 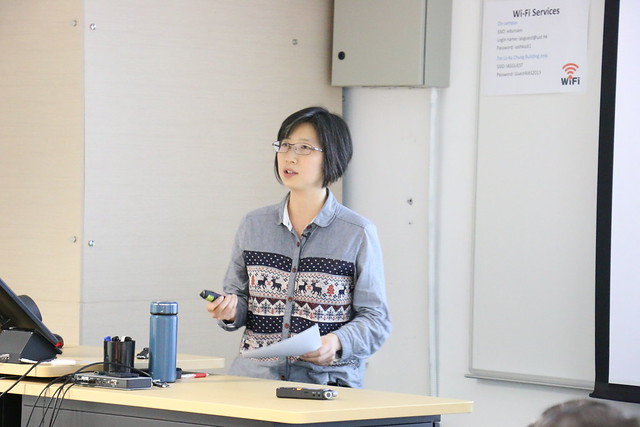